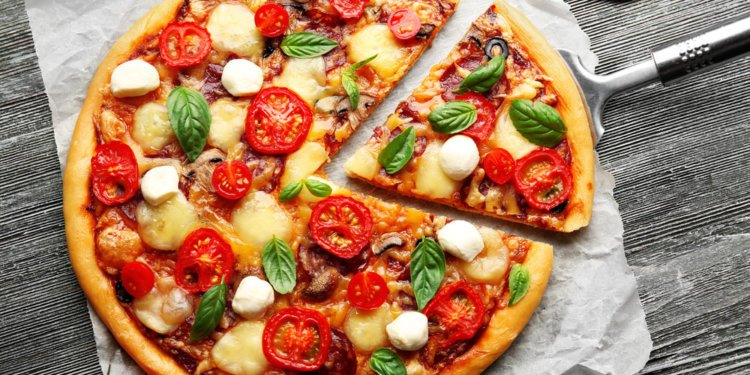 Pizza is inarguably one of the most coveted finger foods to exist since the dawn of time. It is a snack made from thinly rolled bread dough and is usually baked with tomato sauce, cheese, or other toppings. The dough used in making pizza contains proteinous ingredients like wheat, barley, and rye, which form gluten. Gluten is one of the most important proteins that give structure to wheat-based products; it is the ingredient that makes pizza elastic and able to hold its shape.

Remember that saying about every finger not being equal? Well, it is the same thing for pizza lovers too. While for some people, the use of gluten in the baking of pizza is perfect, other people don’t feel the same way, especially those whose body systems are not favorably disposed to gluten consumption. People with such a condition may be gluten intolerant, have high gluten sensitivity, or have been diagnosed with Celiac disease. Other people may also, out of choice, decide to maintain a dieted meal plan and stay away from gluten and similar ingredients.

Luckily, the world has become more conscious of gluten intolerance, and food companies have provided safe alternatives. It has become such a trend that marketing gurus have included it in their marketing strategies. Even people whose body systems accept gluten have also adapted it to their meal plan.

Today, pizza shops have succeeded in modifying the taste of the regular pizza to accommodate and satisfy gluten-restricted pizza lovers by making it gluten-free.

What Is A Gluten-free Pizza?

A gluten-free pizza does not contain any element of wheat, barley, or rye—these grains, which are essential ingredients in most bread and, are obvious sources of gluten. In place of these grains, the ones used instead are tapioca flour, rice flour, corn, sorghum, buckwheat, etc.

Gluten-free pizza helps you healthily satiate your pizza cravings without compromising the taste or the texture.

Why Should I Opt For A Gluten-free Pizza?

For starters, gluten-free pizza is custom-made for people with gluten intolerance, so we can say that a large chunk of its benefit goes to them. They get to cherish their slices of pizza without worrying about the associated health risks that the regular pizza holds for them. This has got to be pure and undiluted bliss.

People who have celiac disease are another set of people that gluten-free pizza does much good for; it helps them keep a healthy lifestyle without missing out on the fun.

Celiac is a genetically based autoimmune disorder in which damage is done to the small intestines due to the constant intake of gluten. Part of the treatment for this is said to be a strict gluten-free diet.

Gluten-free pizza is likewise advantageous to people with gluten sensitivity – these are people who suffer abdominal pain, fatigue, or headache after consuming foods made with gluten.

Even if you don’t fall under any of these categories, gluten-free pizza is just as healthy and beneficial to you.

Traditional pizza (made with gluten) contains so many processed and baked sugary ingredients that the use of “pizza” and “diet” in the same sentence would seem contradictory. But thanks to gluten-free pizza, it is now possible to maintain a restricted diet and still be able to enjoy pizza. Gluten-free pizza helps you cut down on your sugar level spikes resulting from the constant consumption of gluten.

Also, compared to regular pizza, the digestion of gluten-free pizza is relatively easier for your digestive system, and the absorption of the nutrients in it increases your energy level.

Besides, experts have found that gluten-free flours made from quinoa, almonds, and beans offer nutritional benefits such as protein, fiber, vitamins, minerals, and antioxidants. It then follows that gluten-free pizza is a more nutritious and healthier choice than refined white flour, lacking these nutrients.

A perfectly made gluten-free pizza is just as tasty as the traditional one, with the added nutritional benefits. You can enjoy several nutritional and tasty pizza flavors without your health and dietary concerns taking a backseat. So when next you’re strolling the streets of New York, taste the magic of gluten-free pizza!