Why Should You Buy Kirkland Blended Scotch? 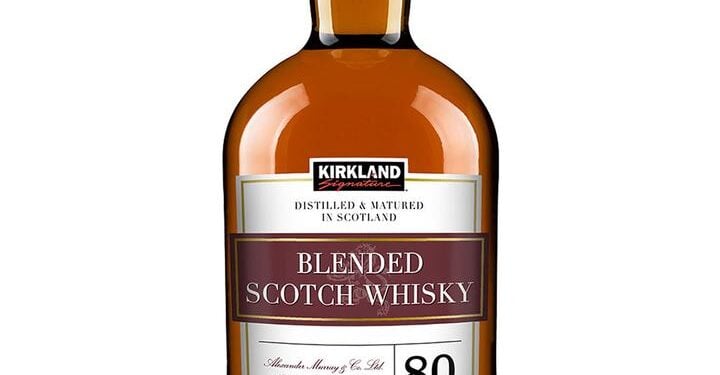 I don’t know about you, but people with real class and an exceptional sense of taste drink scotch. Boys and girls drink beer, and men and women drink scotch. This golden Ambrose has an unfair advantage over us.

Malt or grain whisky produced in Scotland is referred to as Scotch whisky. Malted barley was formerly used to make all Scotch whisky. In the late 18th century, commercial distilleries started offering whisky manufactured from wheat and rye. In Scotland, there were one hundred and thirty-four Scotch whisky distilleries active as of 2020.

The third-largest retailer in the world is Costco Stores. The company, which has 785 locations globally, 546 of which are in the US, produced more than 163 billion dollars in revenue for the fiscal year that ended on August 30, 2020.

One of the biggest retailers of alcoholic beverages worldwide is Costco. Over four billion dollars worth of alcoholic drinks were sold by Costco in its fiscal year 2020, with beer and spirits accounting for the majority of the remaining sales. About half of these sales were of wine.

I’ll take it upon myself to include some of Kirkland’s finest scotch since I support Kirkland scotch. So let’s get started.

Like many other shops, Costco has its own exclusive brand, Kirkland Signature. The company’s name is derived from Kirkland, Washington, the location of Costco’s corporate headquarters. Twenty spirit SKUs and 30 wine SKUs are available at Kirkland Signature. 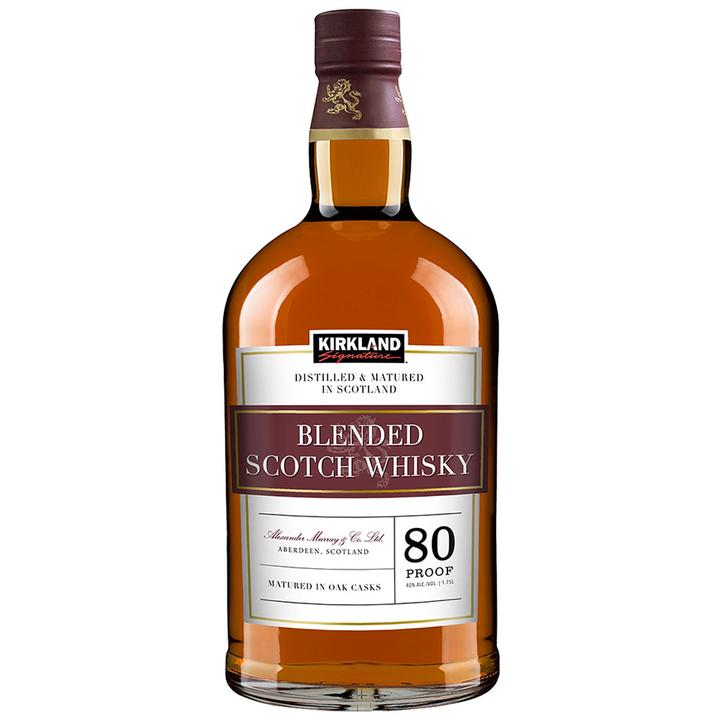 Private bottler Alexander Murray sources the Kirkland Signature Scotch whiskey. Alexander Murray conjures images of a traditional Scottish bottler hidden away in a Highland village or a back alley of Edinburgh. Alexander Murray’s headquarters are really in Calabasas, California. Scottish immigrant Steve Lipp started it in 2004. The business sources and bottles Scotch whisky for many different shops, such as Trader Joe’s and Total Wines & More.

Consumers and perhaps even detractors have speculated endlessly about Costco’s Kirkland Signature whiskey origins. Besides general geographic references like Speyside or Islay, Alexander Murray withholds information about the whisky’s origin.

Currently, Costco only sells a 12 YO expression and a blended Scotch whisky with No Age Statement (NAS), which is thought to be about three years old. Johnston claims the NAS expression has 20 percent malt whisky, and the 12 YO contains twenty-five percent. In contrast, the majority of Scotch whiskey blends contain 10 percent to 15 percent malt whisky and the remaining 60 percent grain whisky. Chivas, a high-end blended Scotch, has roughly 50 percent single malt.

The flavors on the palate are sweet, almost candy-like, with hints of apricot, apple, and orange zest. The whisky has a distinct palate weight, a coating character, and a faint greasy flavor.

The medium-length finish is characterized by a lasting sweetness, a subtle pepperiness, and a very faint bitterness.

The whisky smells honey-sweet and floral on the nose, with hints of caramel, baked cereal, and smoke.

This blended whisky is excellent. It is affordable and can be consumed straight up, over ice, or in cocktails.

The whisky has a noticeable palate weight and is greasy and thick on the mouth. The sherried whisky flavor of dried fruit and Christmas cake gradually replaces a salty, savory, meaty aroma. Perhaps including some milk and caramel chocolate components, there are notes of baked apple, licorice, baked raisin, and golden raisin. A faint trace of furniture wax, along with the aged leather flavors typical of older sherried whiskies, is present.

The medium-length finish has a lingering dried fruit flavor, a subtle pepperiness, and a faint bitterness.

It has a deep, rich amber hue. Sweet dried fruits and almonds with a strong Sherry cask influence are present on the nose, underlined by notes of cask wood, some licorice, and a very slight saltiness. The whisky is kept in a sherry butt for six months after maturing in used bourbon barrels. Even though it was a first-fill barrel, the sherry smells are fairly strong and considerably more potent than you might generally anticipate after six months of maturing in a sherry butt.

The whisky has a very smooth mouthfeel, an oily viscosity that coats the mouth, and a noticeable palate weight. Although the whisky is sweet, it has a honey-like sweetness as opposed to the caramelized sweetness of its sibling.

There are flavors of dried fruit, particularly cooked apple, plum, and apricot, as well as a hint of anise and “sherry fruitiness.” There are a few faint aromas of cooked cereal, some vanilla, some caramel, and very little peat smoke.

Long and peppery with a faint bitter undertone, the finish has a honeyed sweetness.

Brown sugar, some dried fruit notes, particularly a hint of prune, along with notes of vanilla, some cinnamon spice, a little bit of ginger, and an indication of smoke, can all be detected on the nose. Old leather, furniture wax, and some lightly-seasoned wood are also present.

Having an acquired taste in scotch takes practice, patience, and an extreme penchant for using all of their senses. Kirkland Blended scotch is some of the finest we’ve tried that is affordable at a reasonable price.